Over 20 years ago, I (Sean) worked in Saudi Arabia in a hospital where a lot of my co-workers were Filipino. I was single and looking for a place to go on vacation so of course, my friends suggested the Philippines. At the time I didn’t know much about the country and had only really heard of how bad Manila was, so didn’t give it another thought. But then I had the idea to visit Hong Kong which was top of my bucket list at the time, and as the Philippines was just a short hop across the South China Sea, I decided to incorporate it into my schedule. I can’t remember why, but the place I chose to visit was Coron !!

I spent a week in Coron on a small island called Sangat and did my PADI diving license while I was there and that was the start of my love affair with this country. I didn’t meet any girls while I was there, I was just attracted by the sheer beauty of the country, the weather, and the delicious food. And even to this day, I am still grateful for going to Coron as it led to me setting my goals on coming back here, and I am now glad to call the Philippines my home.

Coron has another special place in our memories for both of us, as it was the place where I asked Harline to marry me. Unfortunately, it wasn’t a romantic down on one knee affair, like I had planned, instead it was just conversation on the hammock outside our villa….where I mentioned it and Harline said yes !! But here we are years later and very happy together, so Coron had a part to play in that.

There are also many places to visit in Coron, which we will cover in more depth in our trips section, but visiting the lakes and lagoons and going island hopping is an absolute must. And if you are a scuba diver, then Coron bay is full of great dive locations including beautiful reefs and World War 2 shipwrecks.

Coron is part of the Calamian Islands which is in the North of Palawan Province to the far west of the Philippines.

HOW TO GET TO CORON BY AIR

Coron is served by Busuanga Airport which is an hour or so from Manila and then the transfer to the Coron touist areas is another 30 mins. The airport in Busuanga now is a vast improvement since my first visit in the rear 2000. It was basically a field at that time, and I flew from Manila ia a 6 seater plane and I was sat directly behind the pilot and could see through the windscreen, which was pretty scary to say the least.

You can search for and book the cheapest flights to Coron or any other destination you wish by using the search forms below. It searches hundreds of airlines to get you the best deal.

HOW TO GET TO CORON BY FERRY

2Go is the only ferry company that has a direct route from Manila to Coron. You board in the port in Tondo, Manila, which can be a big problem as there is always traffic in the part of the city so allow extra time. Your trip is going to be a long one, at least 12 hours, but its an overnight ferry so thankfully you have a bunk for the whole journey with the the comfort varying dependent on what cabin class you are in.

But the trip is worth it as you will find yourself the next morning in beautiful Coron with the main tourist spots very close by.

For those of you planning to visit El Nido, there is also a ferry between the 2 destinations which takes around 4 hours.

WHERE TO STAY IN CORON

The accommodation is very spreadout in Coron with places in the town but also beautiful exclusive resorts on some of the outlying islands So here are our recommendations, either because we have stayed at these places ourselves or they get good reviews from fellow travellers. 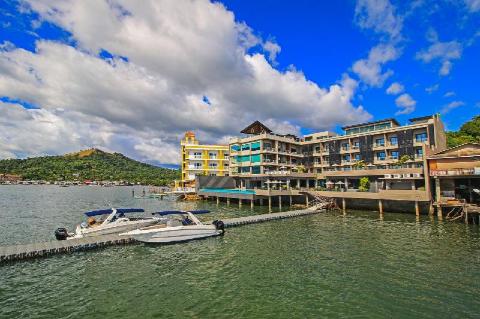 From the Two Seasons Coron Bayside Hotel guests can enjoy easy access to all that the lively city has to offer. The excellent service and superior facilities make for an unforgettable stay. Guests of the hotel can enjoy on-site features like 24-hour security, daily housekeeping, gift/souvenir shop, postal service, 24-hour front desk.

Als o the hotel’s host of recreational offerings ensures you have plenty to do during your stay. Whatever your purpose of visit, Two Seasons Coron Bayside Hotel is an excellent choice for your stay in Coron. 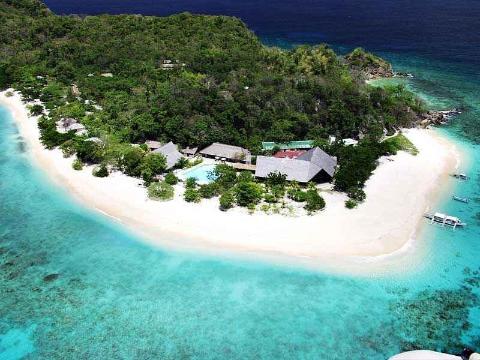 This is where we got engaged !!! This island resort is a perfect hideaway for those who seek both relaxation and discovery. Club Paradise Resort is on Dimakya Island where possibilities for relaxation are endless and your holiday will be blissful, endearing, and endless. From the airport its only a 60-minute ride by land and by sea. Its blessed with 700 meters of sun-kissed beach and turquoise waters and serves as a sanctuary to a wide array of unique flora and fauna. 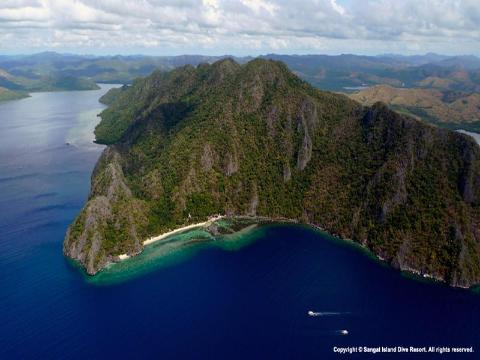 My very first resort in the Philippines !! Sangat Island Dive Resort offers quality accommodation and great service. The island has no roads so you are treated to a quiet and relaxing vacation.

The facilities and services provided by Sangat Island Dive Resort ensure a pleasant stay for guests. including Wi-Fi in public areas, airport transfer, babysitting, restaurant, tours and its is perfectly situated for scuba diving with an array of local dive sites featuring World War 2 ship wrecks 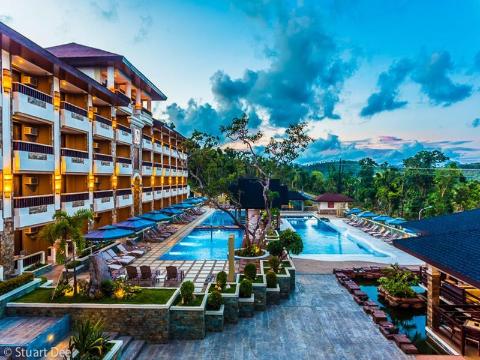 Perfectly located in Coron Town, Coron Westown Resort is the ideal point of departure for your excursions. There is a bar/pub, airport transfer, coffee shop, concierge, and smoking area. Guests can choose from 80 beautifully appointed rooms, all of which exude an atmosphere of total peace and harmony. The hotel offers many unique recreational opportunities such as a pool, Jacuzzi, massage treatments, spa, pool bar, and KTV. Coron Westown Resort is an ideal place of stay for travelers seeking charm, comfort, and a perfect blend of Filipino culture and contemporary sophistication. 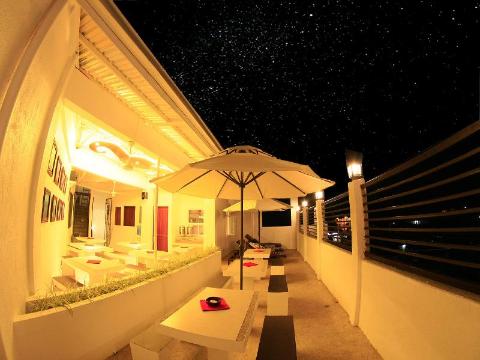 The hotel features 8 beautifully appointed guest rooms, which includes internet access and recreational facilities such as massages. The excellent location makes the Sea Horse Guest House the perfect base from which to enjoy your stay in Palawan. Featuring a bar, Dayon Hostel is located 1.7 miles from Bali Beach and 2.5 miles from the Twin Lagoon. This 2-star hostel offers a concierge service and a tour desk. The property provides airport transportation, a shared kitchen and free WiFi. At the hostel, every room is equipped with a shared bathroom with a bidet. Dayon Hostel offers a continental or Full English/Irish breakfast. The accommodation has a terrace. Kayangan Lake is 2.6 miles from Dayon Hostel, while Maquinit Hot Spring is 2.6 miles away.

If the above choices don’t meet your needs then please use the search box below to take you directly to Agoda’s site. We have been using Agoda for a number of years, and they always provide a quality service at guaranteed lowest prices, in addition to AgodaCash where you can earn cash on every booking to spend on future trips.

WHERE TO EAT IN CORON

As the only times we have been to Coron, we have stayed on remote islands with only the resort on the island and nothing else, to the food was all inclusive within the hotel. Normally we like to go out and explore and try different foods but this wasn’t an option where we were staying. Therefore we can’t personally recommend restaurants in Coron so the below have good ratings on trip advisor and we will be sure to update when we visit Coron again.

From Tripadvisor “Poco Deli is by far the best restaurant in Coron”……praise indeed !!

The food, service and atmosphere is excellent. The staff have been trained to a very high standard https://www.pocodeli.co/

The beauty of the surroundings and the charm of its people will make for a perfect vacation. The friendliness we show our guests, the impeccable service, the taste of International and local cuisine and the quest for healthy menus create the balance and harmony thanks to which Corto del Mar will earn its undoubted prestige. Whether you want to dive, ride a motorbike on dirt roads or you are simply after a deserted island with white sand beach and turquoise water, you will find it all here. http://www.cortodelmar.com/

La Sirenetta sits over the waters of Coron Bay. Its the perfect place to have drinks watch the sun go down. The Fish Tacos are excellent and the pineapple fried rice is a delights. All in all a great location and great food

Not one of our best videos as it was made before we got into making proper videos, but hopefully it gives you a good feel of how beautiful Coron is.

This is a selection of excursions available in Coron that you won’t want to miss. You can also see further trips in our Tours and Day Trips section

This website uses cookies to improve your experience. We'll assume you're ok with this, but you can opt-out if you wish. Accept Read More